It is a bad idea to try and find Finca Pasiflora by night. But there we were at 8.30pm, desperately winding our way through dark country roads in search of the farm owned by Wade Moore and his wife Yami, where we were due to spend our first Costa Rican weekend. When we finally arrived, we were greeted by a feast and slept deeply in a wooden bunk house to the sounds of cicadas and a cool evening breeze.

A typical meal at Wade's

Born in Costa Rica to American parents, Wade spent time working in both the States and Central America before inheriting the family farm. With an electrical generator, supply of water from a stream that runs through the land, and stash of food grown from the soil, Finca Pasiflora is almost entirely self-sufficient.

An aerial photo of Finca Pasiflora

Along with bananas and plantain, Wade grows sweet potato, yuca, carrot and other root vegetables, herbs, oranges and many other tropical fruits. He also houses chickens, ducks, pigs and a rodent species called “paca.”

A paca, a cat-sized rodent native to Costa Rica.

On Finca Pasiflora, everything is made use of.

Animals’ manure is used to fertilise the crops, and the waste from the crops is used to feed the animals. Even human waste is piped into a biodigester hiding behind the house, which facilitates the digestion of faeces and produces methane used for cooking all the fresh produce grown on the farm.

A pig on the farm

Though we could have spent our entire two-day visit exploring the 30 ha of land at our fingertips, we visited Finca Pasiflora with a mission. Banana varieties and integrative farming.

Wade grows nine different banana varieties, each with its own flavour and use, and he grows them among, or integrated with, other crops.

Just to name a few benefits, this integration of many crop types allows for increased soil fertility, as nitrogen fixing legumes can replace nitrogen in the soil, income diversification as more than one product is grown, and increases biodiversity as a variety of insects are attracted by the variety of plant life.

Wade giving us the tour

We had just two days to learn as much as we could about Finca Pasiflora, and to get as much as possible on film. Here is a peek into how we spent our time with Wade, and a flavour of a typical few days filming a documentary about bananas!

The passion fruit flower that Finca Pasiflora is named for

AM After an 8am breakfast, our first morning was spent touring and filming the woodland area of the farm, which was set aside to form a nature reserve. Here there were beehives in construction, and a system of ponds filtering sediment out of water diverted from the stream, preparing it for use in the farm.

PM Our farm tour continued, finishing with a close look at all the varieties of banana grown, including a tasting session of these, more to come in a future blog! Wade showed us the process of cutting the bananas from the parent plant out in the farm, weighing the bananas whilst still attached to their stem, or ‘raceme’, and chopping the raceme into smaller ‘hands’ of bananas.

Having learnt about Wade’s philosophies and seeing them in practice on the farm, we finished the day with discussions about priority areas still needing to be filmed, decided who from Wade’s family we would like to interview and what focus the interviews could take.

Roles were also assigned for the next day! These roles usually fell into one of four teams: Interview team, B-roll team (filming landscapes, close ups, anything that isn’t a close up of a human face!), Bird Survey Team and Plant Survey team. Our final final tasks included recharging camera batteries, transferring photos and videos from SD cards to laptops, cleaning camera lenses and checking emails!

06:30: Bird Survey Team (Julian and Marina) and Plant Survey Team (Sara and Oscar) began in the field! Their aim was to create a list of all plant and bird species present on the farm, which we hope to use in the future to compare any differences in biodiversity present across the different farms we visited.

07:00: Interview Team began filming (Jackie, Mollie, Oscar)! We retraced our steps through the farm with Wade, filming him speaking about his crops and explaining his methods for cultivation

11:00: Bird and Plant Survey teams finished with data collection! These teams then morphed into the B-roll team, getting our essential footage of all the crops and farm animals. Julian stepped out of filming to spend some time getting in touch with farmers we were yet to visit and organised future trips

14:00: Interview Team begins with Wade, B-roll team set up a time lapse camera, and gets footage with the drone

20:00: Interview with Yami about agroforesty and her previous background in biology and agriculture

21:30: Our last evening at Finca Pasiflora  was celebrated by chatting away by a campfire, surrounded by fireflies and sounds of the forest 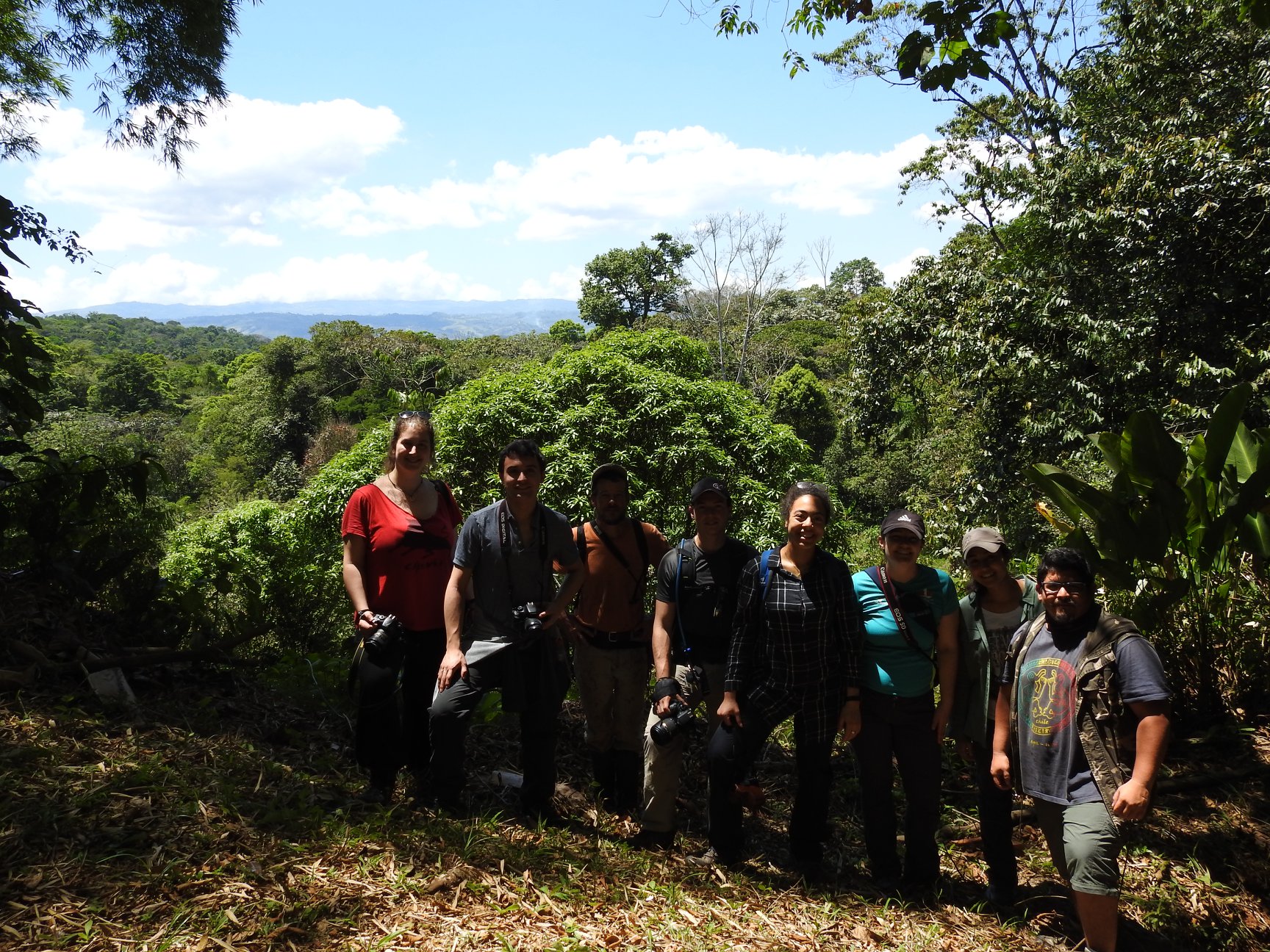 The team on the hill above Finca Pasiflora
50 views0 comments

Learning from the BriBri